Mole Control Services, When You Need It!

Moles can quickly excavate your lawn or garden into a series of tunnels all in the name of food.   Moles are insectivores and consume 70-90% of their weight in grubs, insects, and worms each day.  These digging habits destroy lawns, golf courses, and frustrate homeowners & businesses right here in West Michigan.  Please call Best Way Animal Removal today at (616) 836-4255 if your lawn is displaying signs of mole damage.

How To Identify Moles? 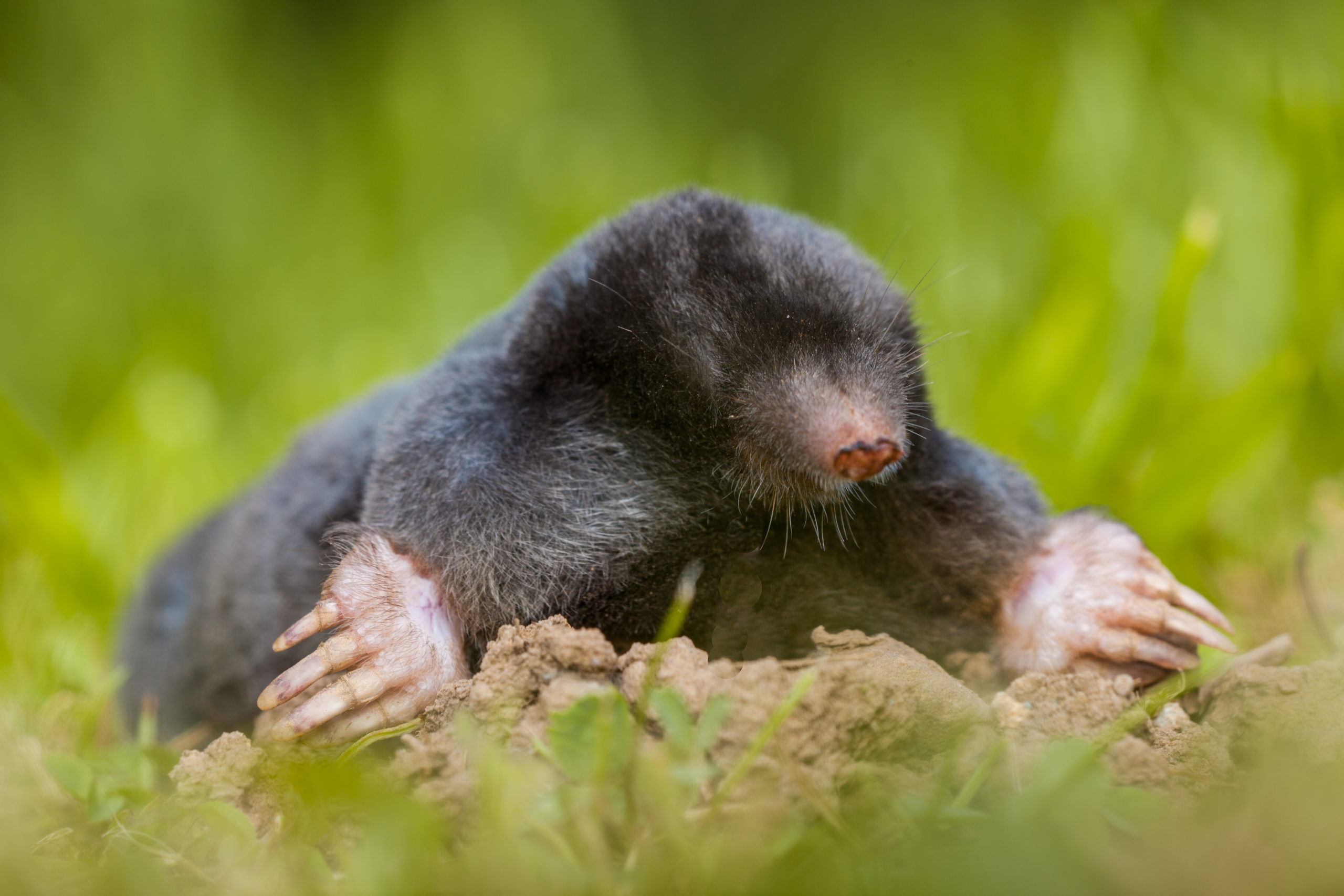 Moles are carnivorous ground dwellers of the rodent family who prefer to eat insects rather than your garden plants. On the other hand, underground mole tunnels can wreak havoc on your garden and lawn, as well as provide easy access to your plants for other rodents.

It could be a sign of trouble if you have a large infestation of moles or other pests. Moles prefer to live in soil that is rich in organic matter. Their unusually high numbers may be due to a high population of soil pests. As a result, it serves as a warning that something is wrong with the soil life.

With pointed muzzles, small eyes, and bodies shaped like Idaho potatoes, moles are a surprising little mammal. They swim underground while in motion, using their wide front flippers to part the soil. They prefer moist, loamy soil and are most active early in the morning or late in the evening in the spring and fall and after a warm rain.

Moles have a hairless, pointed snout that distinguishes them from other mammals. Fur covers their small eyes and ear canals, and they don’t have external ears. Their hind feet are large and broad, with webbed toes. The claws on their hind feet are slender and narrow. On average, they weigh about 1 lb. and measure 7 in. long.

Meadow, grassland, woodland, wetland, and riparian habitats are home to the majority of mole species. Some species, such as the desert shrew, can survive in arid environments. The Great Plains, eastern and southern United States, is where the majority of moles are found. The shrew-mole is a West Coast native.

Because you have a natural food source in your soil, such as grubs or earthworms, moles are attracted to your lawn. When moles burrow into our yards, they create raised tunnels on the surface and pile up dirt when they exit. They do this in order to find food. If grubs have attacked your lawn and you’ve noticed dead patches of grass, moles have probably come to feast on the grubs.

To survive, moles require a lot of food. A yard with grubs will be more appealing than one without them. If your lawn is healthy and free of dead patches, your soil is full of earthworms, which are a favorite food of moles. Moles can easily survive on a steady diet of earthworms. 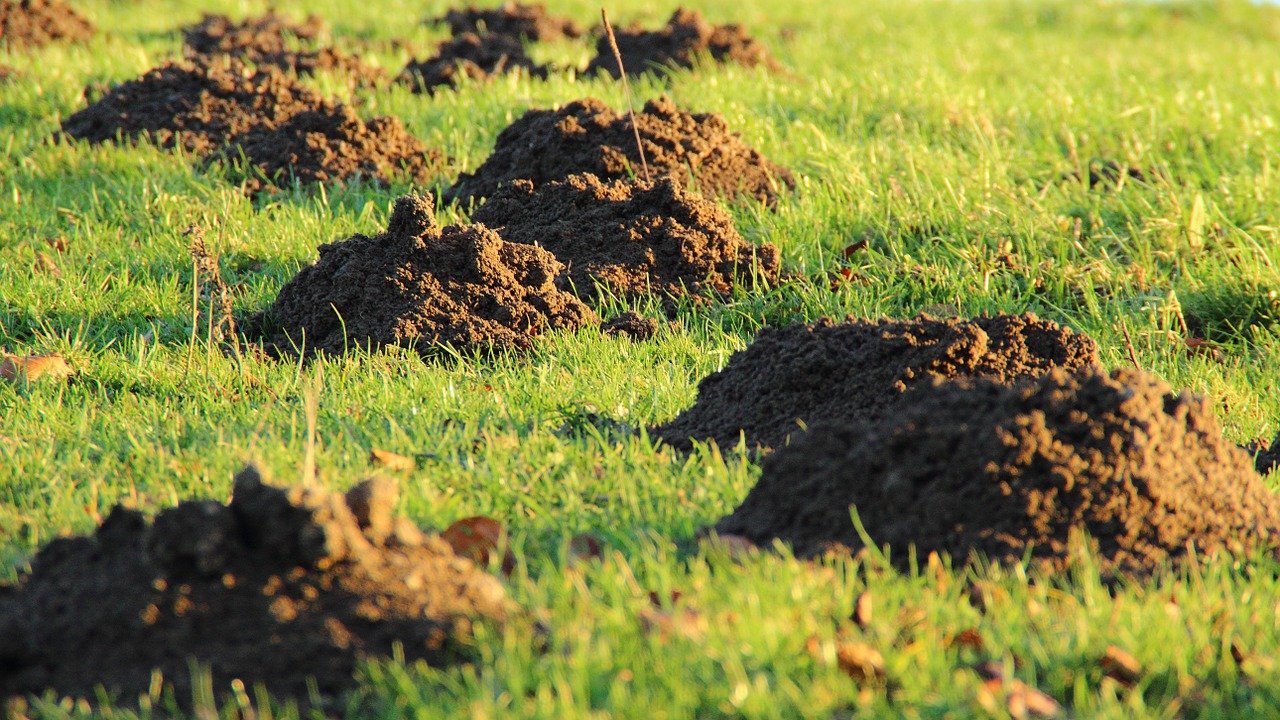 These creatures are nearly blind, and they spend the majority of their time underground, tunneling beneath the earth in search of food. Moles can tunnel at speeds of up to one foot per minute, wreaking havoc on all aspects of a lawn, including grass, flower beds, tree roots, and gardens. Runways and mounds are two types of identifying marks that moles leave in the ground. Runways are long, shallow tunnels that resemble small ridges on the surface of a lawn. When walked on, they will feel spongy and soft. In mole runways, open holes to the surface are uncommon.

Step down the entire length of a runway and leave it for a day to see if it’s active. The runway is inactive if it remains flat. It is active if it has reopened and has reverted to a rounded, tunnel-like shape. Mounds are a mole’s long-term solution to obtaining food. These tunnels are much more profound. Mole mounds have a conical shape and are relatively uniform in shape when they appear on the surface. Mounds notoriously kill large patches of grass.

Keeping moles out of gardens and yards requires altering the landscape to make it inhospitable to them. This can be accomplished by removing food sources in the soil, such as worms, grubs, and larvae, or compacting the soil with a heavy roller to make digging difficult. Moles can also be kept out of garden plots by burying fencing at least a foot deep in the ground. If the moles remain in the yard after removing grubs, installing humane mole traps is the only other option. Traps will best set strategically around your home in order to curb the mole infestation.