The City Of South Haven, MI 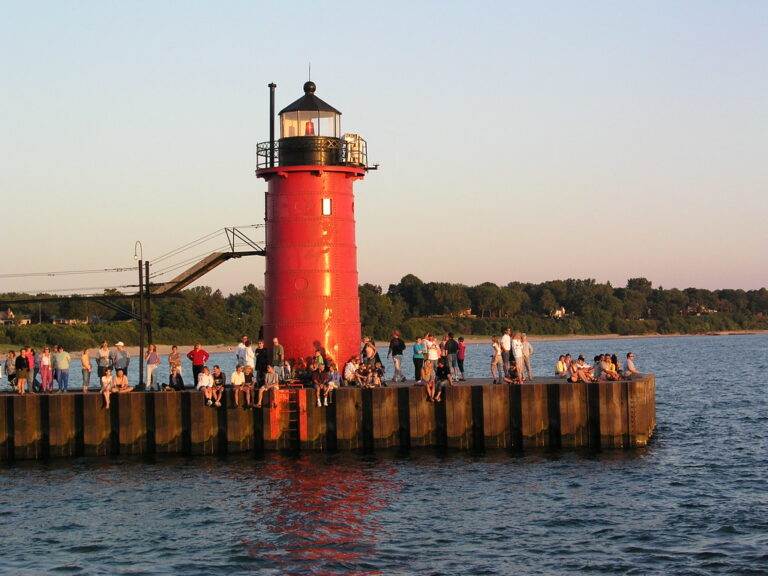 South Haven is a charming port city on Lake Michigan with numerous public parks and beaches. Among the highlights are the Michigan Maritime Museum and the Center for the Arts. For transient and seasonal boaters, the Black River Harbor has over 2,000 slips. South Haven’s attractions include dozens of golf courses, the National Blueberry Festival, unique shopping, antique shops, live theater, and arts and crafts fairs. 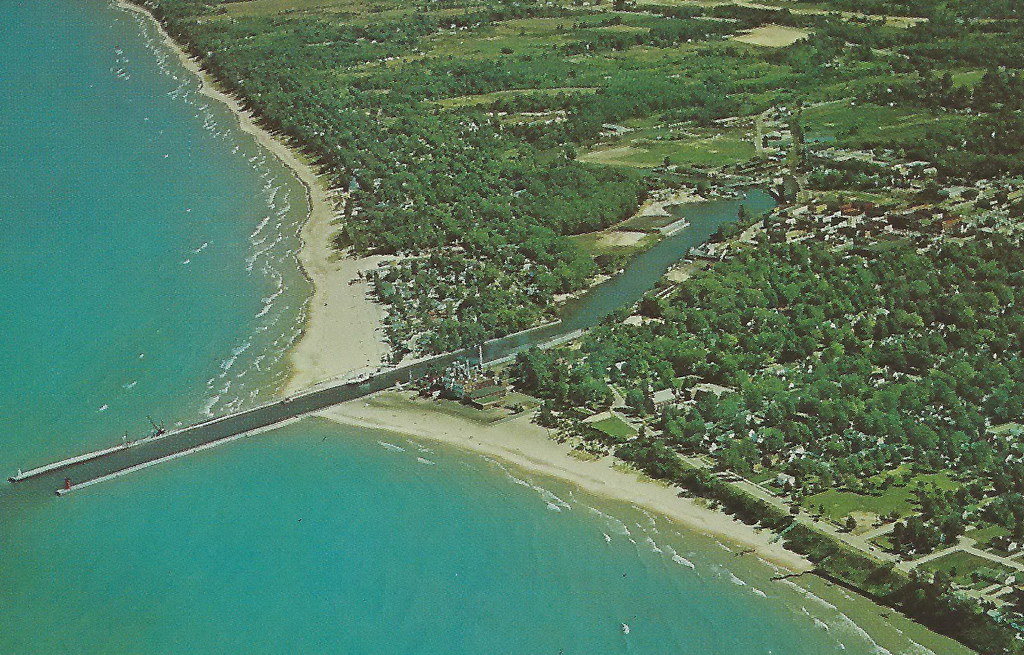 In 1833, the United States government granted J.R. Monroe, the founder of South Haven, a land patent for 65 acres along Lake Michigan’s shore. He married Fanny Rawson in Schoolcraft, Michigan, not long after. The newlyweds traveled by lumber wagon through the wilderness to South Haven, where they planned to live in a log cabin Monroe had built previously. The Monroes relocated to Lawrence, Michigan, because the village he had envisioned did not develop at the time.
Permanent pioneer families did not begin to settle in this area until the 1850s. The first sawmill was built on the Black River’s bank at that time. With the arrival of the mill, a hamlet was quickly formed. The availability of lumber allowed for the construction of a hotel, a school, homes, stores, and a variety of other structures.
South Haven grew rapidly over the next four decades. For more than 40 years, thousands of acres of prime virgin timber kept the lumbering industry afloat. Schooners and steamers built in three major shipyards along the Black River’s banks carried much of the lumber that was shipped across Lake Michigan to Chicago and Milwaukee.
Fruit growers quickly took advantage of the land that loggers had cleared. South Haven progressed in many ways as a result of the lucrative fruit industry. A cooperage shop, basket factory, several canning factories, a cider mill, fruit exchange, and chemical company were among the new factories and businesses established.

South Haven is home to a diverse range of cultural attractions. Perhaps its most famous attraction is the Michigan Maritime Museum, which is home to the tall ship Friends Good Will. The Lindy Lou, an electrically powered river launch, is also housed at the Michigan Maritime Museum. From the 1890s to the 1930s, river launch boats were used to transport passengers up the Black River to various resorts and parks. The Lindy Lou stays on the river, while the Friends Good Will travels down the river and onto Lake Michigan.
Visitors to the Michigan Flywheelers Museum can learn about the lives of early local farmers. Antique flywheel engines and tractors are on display, and an old town area with an old jail, a farm machinery shop, and an exhibit building called “The Farm History Building.”
The Historical Association of South Haven is dedicated to documenting and retelling the city’s rich history. It now operates out of the old Hartman School, which it is renovating.

The City of South Haven, MI is governed by a Council/Manager form of local government, one of four types in the United States. On November 5, 1991, the current City Charter was adopted.

The Council/Manager form of government is distinguished by the reservation of legislative authority and responsibility to an elected City Council and the centralization of administrative responsibility to a City Manager appointed by the elected City Council. This results in a system that combines democratic principles with organizational efficiency.

The City’s governing body is the Council, and the Manager serves as the Chief Executive Officer in carrying out the policies set forth by the Council.