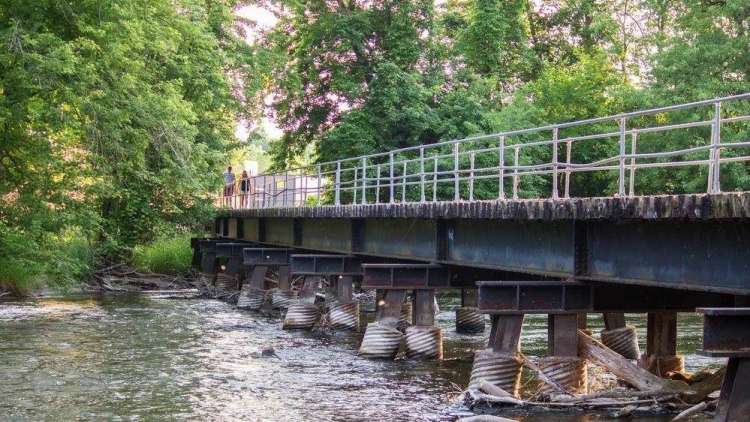 Plainwell is a city located in Allegan County, Michigan, United States. The population of this city is 3,802 people.
Plainwell is on M-89, just east of the US 131 intersection. Three miles to the west is the city of Otsego. Kalamazoo and Grand Rapids’ cities are about ten miles to the south and thirty-five miles to the north, respectively. The Kalamazoo River runs through the city’s heart, earning it the nickname “The Island City.”

Plainwell, MI formerly known as Plainfield, was established as a municipality in 1869 and was later designated as a city on March 12, 1934. The community is known as “The Island City” because it is located along the Kalamazoo River banks and the Mill Race. Plainwell’s Main Street, also known as 10th Street or Old US-131, was once part of the Old Plank Road, which connected Grand Rapids and Kalamazoo.

Hicks Park, also known as the Flat Iron because of its shape, is located in the heart of town between Allegan Street (M-89) and West Bridge Street. Church Street is at the back of the pie-shaped piece. It is the city’s oldest park, having been dedicated at Plainwell’s first homecoming in 1907. After the village’s first president, Joseph Hicks, the park was named after it was established as a park.

Plainwell Community Schools aspires to be the kind of place where every parent wants their child to go and where every student wants to be. The district offers a cutting-edge educational system based on strong values, with students who are adept at communication, problem-solving, and creative and critical thinking.

Public schools in Plainwell include:

Plainwell, Michigan, is governed by a city council and mayor. The City Council is made up of five non-partisan council members who are elected at large. Council elects the Mayor and Mayor Pro-Tem. The City Council meets in the City Hall Council Chambers, located at 211 N. Main Street, on the second and fourth Mondays of each month at 7:00 p.m.