The City Of Muskegon 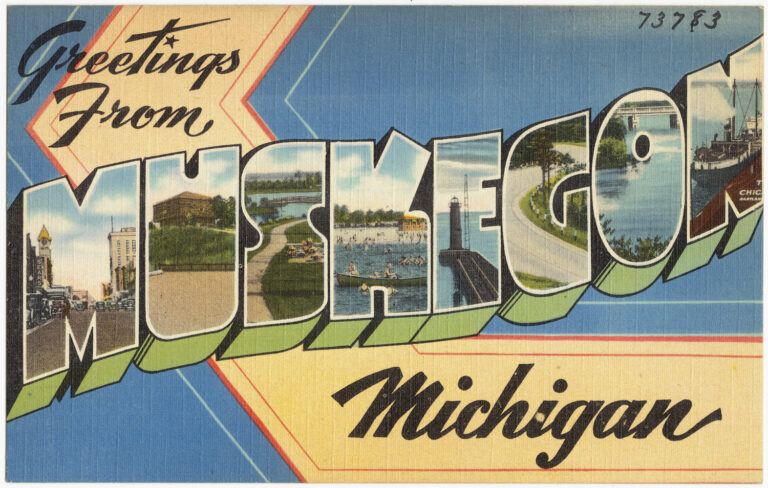 Muskegon is a city in western Michigan, United States, and Muskegon County’s seat (1859). It is 40 miles northwest of Grand Rapids, on Lake Michigan, at the Muskegon River’s mouth (which forms Muskegon Lake). With extensive international trade, the city is the largest port on Lake Michigan’s eastern shore.
In 1849 near the site of a fur-trading post (established in 1812), Muskegon grew into a major sawmill center and lumber shipping point for Chicago. After a fire in 1890, the city had to rebuild many of its structures. It turned to industry after the forests were depleted, producing paper, automotive and turbine parts, tools, machinery, and chemicals and becoming a popular tourist destination. 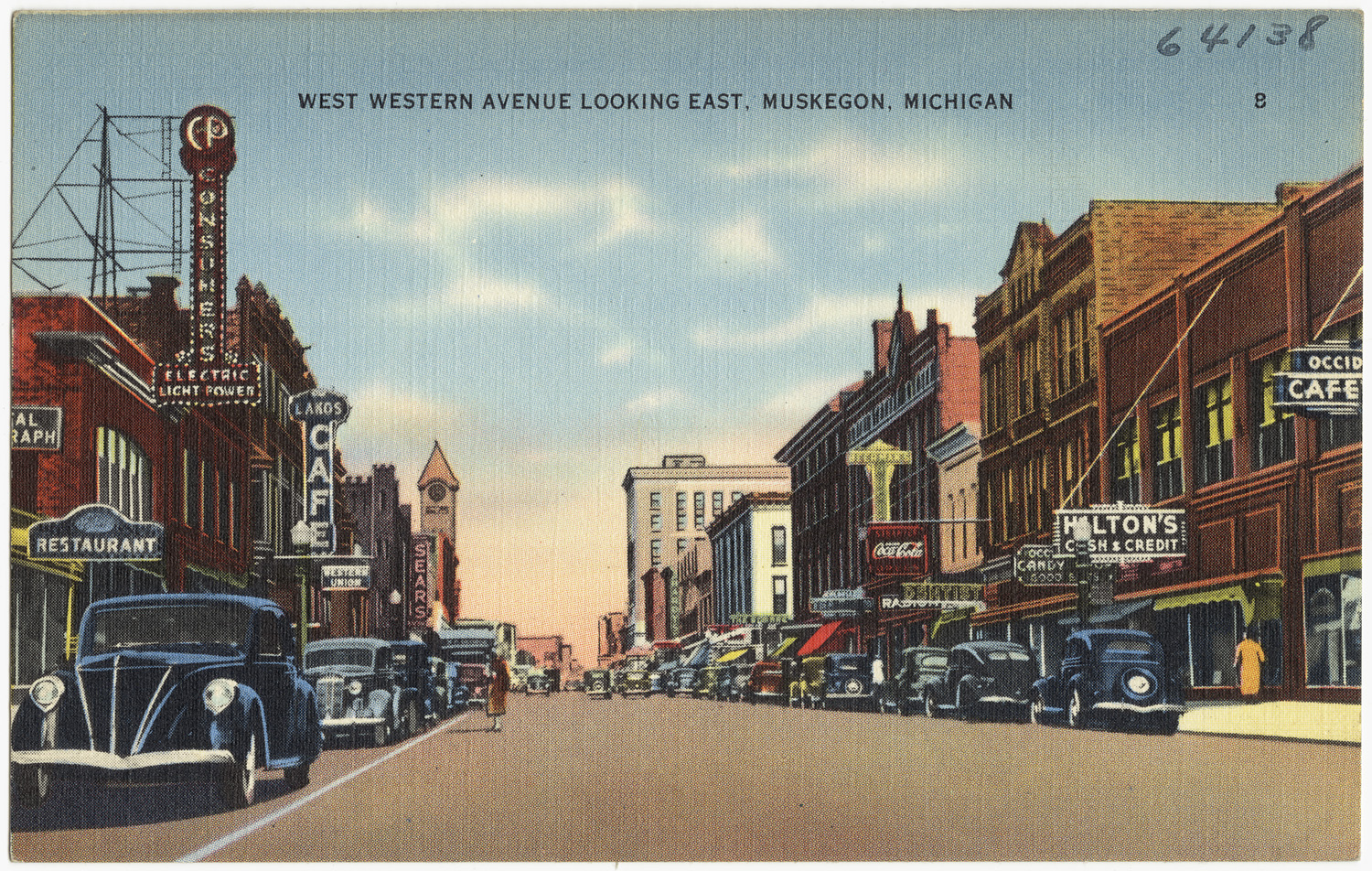 The nomadic Paleo-Indian hunters who occupied the Muskegon area following the Wisconsin glaciation retreat occupied the area for eight thousand years. The Paleo-Indians were followed by several stages of woodland Indian development, the most notable of which were the Hopewellian type cultures, who lived in this area around two thousand years ago. Pendalouan, the Ottawa Indian Chief, is perhaps the most well-known of the area’s Indian residents. During the 1730s and 1740s, he and his people lived in the Muskegon area until the French persuaded them to relocate to the Traverse Bay area in 1742.
The word “Muskegon” comes from the Ottawa Indian word “Masquigon,” which means “marshy river or swamp.” French maps from the late seventeenth century show the “Masquigon” river, indicating that French explorers had reached Michigan’s western coast by that time.
Edward Fitzgerald, a fur trader, and trapper who visited the Muskegon area in 1748 and died here, reportedly buried near White Lake, is the county’s earliest known resident. A French-Canadian trader named Joseph La Framboise established a trading post at Duck Lake’s mouth sometime between 1790 and 1800. Several French Canadian fur traders established trading posts around Muskegon Lake between 1810 and 1820.
Muskegon Township was organized as a subdivision of Ottawa County in 1837, and settlement began in earnest. Henry Pennoyer, one of the earliest settlers, was elected as the first township supervisor in 1838.
The beginning of the exploitation of the area’s extensive timber resources coincided with the era of settlement. The beginning of the lumber industry in 1837 marked the beginning of what some consider to be the most romantic period in the region’s history.
When the local lumber industry peaked in the mid-1880s, 47 sawmills were ringing Muskegon Lake, with another 16 dotting the shores of White Lake to the north. Muskegon was dubbed the “Lumber Queen of the Mid-West” at the time.
The lumbering era was coming to an end at the end of the nineteenth century. The local economy was in shambles, the community was disorganized, and the populace was restless and demoralized. The community organized an economic development program led by area industrialists, which attracted several large businesses to the community. Muskegon was quickly on its way to becoming a diversified industrial center, attracting companies like Shaw-Walker, Brunswick, Campbell, Continental Motors, and the Central Paper Mill.

Two theaters make up the Frauenthal Center for the Performing Arts (the main historic Frauenthal house and the smaller Beardsley Theater). It was renovated in 1998 and now hosts JAM Theatrical productions, Muskegon Civic Theatre productions, the West Michigan Symphony Orchestra, all Muskegon Community Concert Association events, and the now-defunct Cherry County Playhouse. In 1929, the Frauenthal was built as the Michigan Theater.

The Muskegon Museum of Art houses a well-known private collection of fine art.

Every July, Muskegon Bike Time is held. Rebel Road, a 6-block stretch of Western Avenue in downtown Muskegon where 50,000+ bikes and more than 100,000 visitors spend much of the 4-day festival, is the most well-attended aspect of Bike Time. 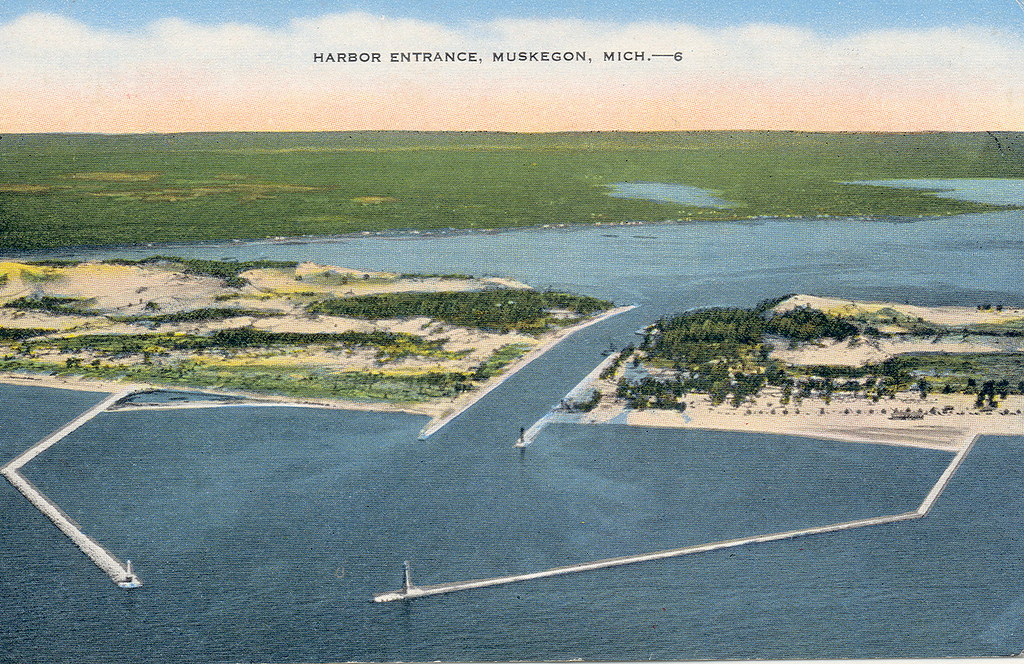 Western Michigan University, Ferris State University, and Grand Valley State University all have Muskegon Community College’s Stevenson Center for Higher Education programs. It is designed so that an MCC undergraduate can transfer to any of the above schools and earn a bachelor’s or master’s degree without having to leave Muskegon.