The City Of Ferrysburg, MI 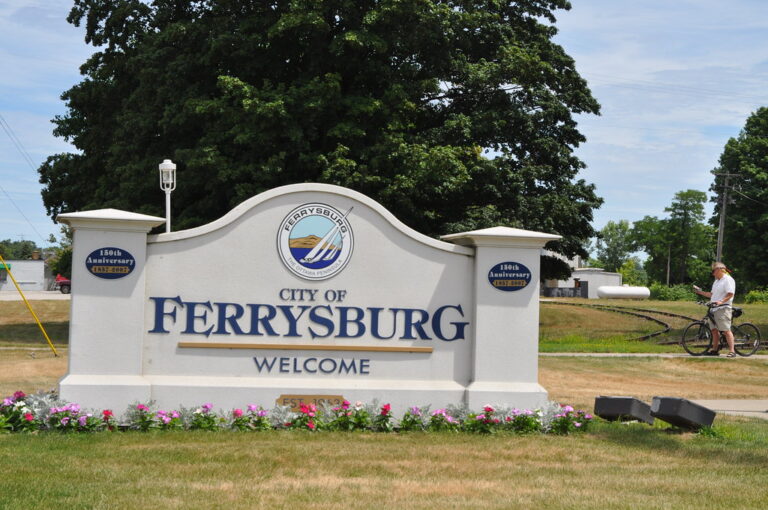 Ferrysburg is located on the Lake Michigan shoreline in the northwest corner of Ottawa County. It borders two other incorporated municipalities: the City of Grand Haven (to the south)and the Village of Spring Lake (east of Ferrysburg). Over the last 25 years, the “Tri-Cities” area has seen significant economic and population growth. The area is a significant and growing employment center in and of itself and is within commuting distance of employment centers in Grand Rapids, Muskegon, and Holland. Ferrysburg is located in a beautiful setting, with plenty of land fronting on water and nestled among the towering wooded dunes of Lake Michigan’s shoreline. The City’s waterfront lands are used for a wide range of purposes, including manufacturing and marine shipping terminals, as well as waterfront condominiums and public parks. As evidenced by the recent growth in the City’s housing stock, the area’s natural resources, combined with the many educational, employment, and cultural opportunities in the West Michigan region, make the City of Ferrysburg an appealing residential community.

The village of Ferrysburg was laid out on January 26, 1857, by Col. William M. Ferry, Jr. and Thomas White Ferry. There were four east-west streets: 1st, 2nd, 3rd, and 4th; and four north-south streets: Pine, Oak, Elm, and Maple. It’s worth noting that the first letters of each of these streets spell poem. School District No. 1 was the first school district to be established in this area.

In 1859, the first post office was established, with U. B. Eames as the first postmaster. Ferrysburgh, Ferrisburg, and Ferrysburg were the three spellings of the village name up until this point. When the post office first opened, the latter spelling was used, and it is still used today.

In Ferrysburg, Michigan, animal removal services are offered for residents in need of assistance. Nuisance wildlife trapping is the process of humane wild animal removal from Ferrysburg homes. Due to the potential damage caused by Michigan wildlife, wild animal control experts provide animal removal, wild animal damage repair, attic restoration, and feces cleanup services. Wildlife control in Michigan can only be done by licensed professionals. Some of the services offered are: