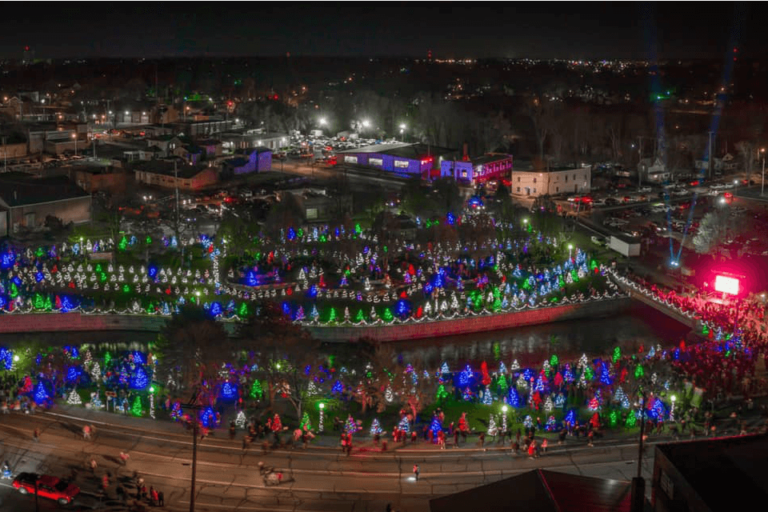 Daniel North founded a settlement known as “North’s Mill” in 1838. In 1848, the name was changed to “Mill Creek.” The area became a significant transportation hub, serving the Grand Rapids Indiana Railroad and the Chicago and Western Indiana Railroad. It set the stage for its current status as a northern Grand Rapids-area crossroads.
In 1906, it was renamed “Comstock Park,” after Congressman Charles C. Comstock, who represented the district in 1885 and 1886. Comstock never lived in Comstock Park, but he lived on the other side of the Grand River.

In the 1850s, Comstock Park, which hugs the Grand River as it flows north out of Grand Rapids, was a major transportation hub, serving both the Grand Rapids Indiana Railroad and the Chicago & Western Indiana Railroad. Today, it is best known as the West Michigan Whitecaps baseball team’s home, Fifth Third Ballpark. 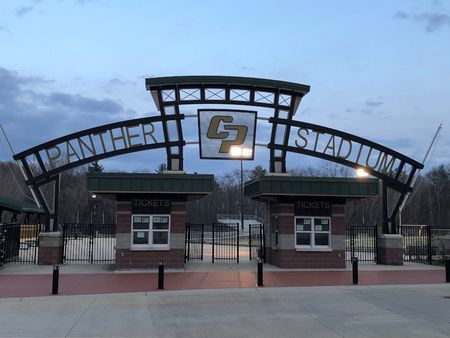 The West Michigan Whitecaps are a High-A Central Minor League Baseball team and the Detroit Tigers’ High-A affiliate. They play their home games at LMCU Ballpark in Comstock Park, Michigan.

The former Madison Muskies moved to the Grand Rapids area in 1994, bringing the Midwest League with them. Local businessmen Lew Chamberlin and Dennis Baxter brought the Whitecaps to West Michigan. Before joining the Tigers’ farm system in 1997, the Whitecaps were affiliated with the Oakland Athletics.